Skip to content Skip to sidebar Skip to footer

Want to Work With Me?

Reining in the Collapse of The Nigerian Oil Industry 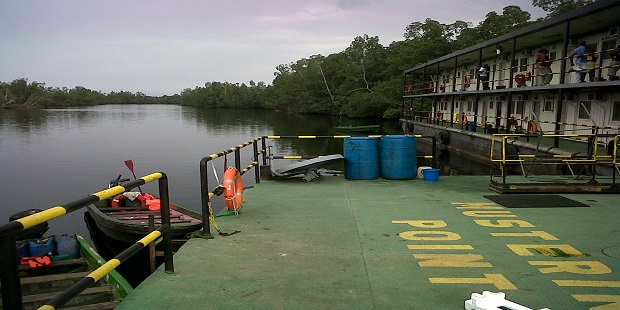 In 1990, Nigeria’s average daily oil production was about 1.85Million barrels and rising, having recovered from a low of 1.3Million barrels in 1983. Oil reserves at the time stood at about 16Billion barrels.

The then Petroleum Minister, Jibril Aminu, a professor of Medical Sciences, announced his intention to, not only replace the increasing production volumes but increase the reserves to 20Billion barrels of oil. He backed up his intention with a definite and measurable action plan … he opened up Nigeria’s deepwater terrain by awarding deepwater blocks (in water depths of more than 200metres) to existing International Oil Companies, like Shell, as well as newcomers like Statoil and Exxon and indigenous companies like Famfa and Allied Energy Resources. New and more generous Production Sharing Contract (PSC) terms were negotiated and approved to govern these deepwater exploration and development activities. At the same time, a new Memorandum of Understanding (MOU) was negotiated and executed (in 1991) with NNPC’s Joint Venture Partners to stimulate further exploration and development activities in the traditional onshore/shallow water terrains. By 2000, deepwater exploration and appraisal activities had discovered some Six Billion barrels of 2P reserves. This, plus incentivized spending and reserve revisions in the traditional terrains meant that, in ten years, we doubled our 2P reserves to 32Billion barrels. Buoyed by this success, the massive interest in the Nigerian Petroleum Sector and the attendant inflow of investment capital, a new target of 40Billion barrels reserves and 4Million barrels of oil production per day was set and captured in the vision 2010 report. Twenty years down the road from the height of our excitement, however, the industry has taken a definite, almost predictable downward slide to the point where our production today is only slightly higher than half of what it was then..

In 2000, an Oil and Gas Industry Implementation Committee (OGIC) was set up by the then Adviser on Petroleum Resources, Dr. Rilwanu Lukman, to carry out a comprehensive review of the industry laws and regulations and come up with a globally competitive regulatory and fiscal framework that would support the planned boost in reserves and production. This was the beginning of our twenty-year journey in producing an appropriate Petroleum Industry Bill (PIB). Four regimes in the intervening period produced four variants of the PIB, in the process creating so much fiscal and regulatory uncertainty that potential investors (and even old and well-entrenched operators within the country) decided to tow the path of extreme caution. Investments dried up. Thus, after the 6 – 8Billion barrels discovered in the first decade of activity, the deepwater stagnated with no additional exploration or appraisal activities, no new discoveries and no new development!

In 1990, Nigeria’s average daily oil production was about 1.85Million barrels and rising, having recovered from a low of 1.3Million barrels in 1983. Oil reserves at the time stood at about 16Billion barrels.

In the meantime, over this period, disruptive crises in the Niger Delta had escalated. Infact, in 2008 and 2016, Shell shut down its entire Western operation for over six months and twelve months respectively. Thus, by the time the PIB was finally signed into law in 2021, two new realities had emerged.

The global advocacy for energy transition from fossil to cleaner fuels meant that International Oil Companies (IOCs), came under tremendous pressure to reduce their carbon footprints and rationalize their fossil fuel investment portfolios. It was, therefore, becoming terribly embarrassing where IOCs that were struggling to justify any additional investments in the Nigerian Petroleum patch were actually being slammed with scandalous judgments and huge fines on environmental pollution cases. Add this to the crisis situation in the Niger Delta with attendant increases in operating costs and huge losses of produced crude oil along the export pipelines, every investment scenario they ran suggested that it was time to divest and leave this terrain. The Petroleum Industry Act (PIA) had become irrelevant in the face of these new realities.

With eyes fixed on divestments and exit, the IOCs have not made any meaningful investments in the last fifteen years. The result has not just been declining production. Much worse, the entire export pipeline network has been surrendered to vandals and illegal bunkerers. Thus, the phrase “Crude theft” which crept into the industry about 2010 has taken on a new meaning. There are some pipeline systems now (particularly in the East) where 80% (eighty per cent) of production injected therein does not make it to the terminal! Almost every producer is now cooking up “alternative evacuation” schemes that cost four to five times what pipeline export would normally cost!

The stark reality today is that the IOCs are leaving. Their decision to leave is outside our control as a nation. In fact, over the last twelve years, Shell and Chevron have divested from a total of twenty-one blocks. It is now public knowledge that Shell, and ExxonMobil are now exiting the onshore/shallow water altogether. In fact, my projection is that, by Christmas day of 2025, TOTAL would be the only IOC in J.V with NNPC.

The situation is the same with domestic gas delivery. Even though we are weaving all the right slogans about the future of gas in Nigeria, in the past five years, I can only point at a couple of Nigerian independents who are investing in gas development and processing for the domestic market.

The state of the Nigerian Petroleum Industry is a National Emergency. Oil production is down to about 1.4Million barrels per day and declining and this includes about 600,000BOPD from the deepwater. Domestic gas production has stagnated at about 1.2Billion cubic feet (Bcf) per day over the past five years at a time when projected production should have been 3.5Bcf per day. The collateral impact of course, is the low level of power generation which itself has stagnated at about 4,000Mega watts per day since 2015.

The full impact of the current oil production level can only be imagined when oil prices return to the $60 per barrel level. I dare repeat that the situation has to be treated as a national emergency.

Between the upstream regulator (the commission) and NNPC, they need to set up a “war room”, some form of an effective task force to develop a blueprint for returning the industry to full bloom. The responses we hear today to the myriad of problems outlined above have been ad-hoc, knee jerk and in some cases only self-serving. Here is a guide to issues that must be addressed.

This industry will not wake up by God’s miracle. We have to wake up and design the stimulant that will revitalize it.

Reining in the Collapse of The Nigerian Oil Industry